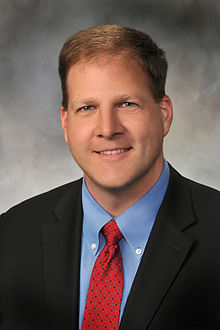 Following lead of Governor Chris Sununu, progressive advocacy group will meet with 100 businesses over the next 100 days then release a report supporting pet projects with no credible evidence to back it up

Concord, NH – Granite State Progress will follow in the footsteps of New Hampshire Governor Chris Sununu (R) by meeting with 100 businesses over the next 100 days and releasing a report in support of pet projects with no credible evidence to back it up.

“Like President Trump, Governor Sununu believes that you don’t need any actual details or evidence to back up your claims,” said Zandra Rice Hawkins, executive director of Granite State Progress. “Sununu won’t name a single company that he supposedly met with, yet he’s using those unconfirmed meetings to claim business support for all of his pet projects like school vouchers and so-called right to work. Isn’t that convenient? Governor Sununu wants people to take him at his word without offering any evidence or credible sources to verify his big claims. Sununu’s press conference should be called out for what it is, a dog and pony show with no real legs to stand on.”

A snapshot of just a few of the rampant inconsistencies in Sununu’s press conference:

Governor Sununu remarks: “Twenty-three different states, 7 different countries, including what I think is an incredibly successful trip up to Quebec with the folks at DRED, visiting with twenty, thirty businesses up there and again, talking to them one-on-one about the advantages that New Hampshire has to offer … You gotta get out there, you gotta make these one-on-one interfaces.”

“Governor Sununu is misleading the people of New Hampshire with this unverifiable business tour. Sununu could have quietly met with businesses to solicit relocation to New Hampshire, or he could have openly hosted business roundtables to hear what is on the minds of industry leaders. He chose this path because it allows him to see his face on the front page while avoiding scrutiny of his claims. This is the only reason to host this press conference. It is wrong of Governor Sununu to try to build his own name brand and claim business support for his pet projects while expecting the rest of us to simply take him at his word.”